NEWS
Free shipping from $49.99!We have good news!Are you waiting for your order? 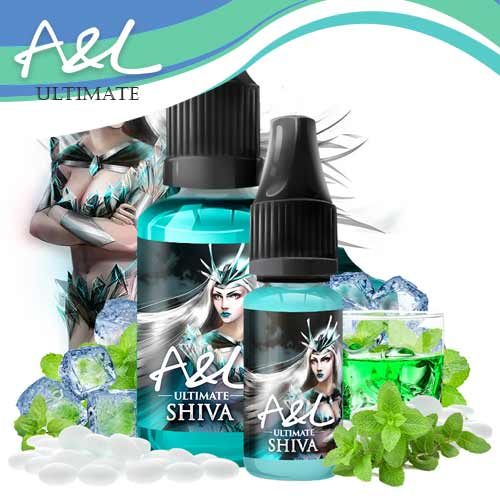 SALE
Out of Stock 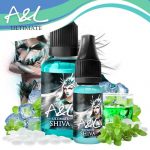 Notify me when item is back in stock.

Under the invocation of pandas from Arômes et Liquides, Shiva appears in the Ultimate universe, and she does not go unnoticed! The ice princess knows how to be desired, and it is only when one feels the icy aura that precedes it that one takes the measure of what awaits us!

The elegance of this chimera, which takes the form of a beautiful young woman, will give shivers to all those who dare to venture into his world. An icy beauty that can not be described, which is felt! A mystery remained, however, entire for all those who had seen it until then … A wallet of a bright blue twirling indeed to the rhythm of the swaying gait of the ice princess.

The pandas and their curiosity could not hide such a mystery! It is by dint of perseverance and after a long work of seduction that Shiva finally agreed to reveal some of the secret under certain conditions …

The power of a mint declined in all its forms …

The ice princess never revealed all the elements present … However, she succumbed to the silky fur of the pandas and let them put their truffle specialists over his precious package. No more DIY experts to imagine a wonderful nectar!

The menthol scent of the diamond bag was so powerful that all the pandas in the assembly turned their winter coat on instantly, and there was every reason to believe that the mint that made this recipe did not come from world!

The pandas then began to create a nectar at the height of what they had to live! And it was not easy, since the interstellar mint used was actually declined in many forms! The ice princess hid her game well because her bag contained no less than 3 different preparations!

The scent of an interstellar mint bursting with flavor was clearly not enough for the goddess, and Shiva had declined an incredibly refreshing syrup and an icy candy to shudder the fire gods! The resulting concentrate succeeds in the exploit of reproducing these three divine interpretations in a single recipe, which repeats in all modesty the name of the being who inspired it! Legend has it that Shiva leaves his pack to travel lighter with his vial of concentrate!

Adorned with the Ultimate crest, this concentrated aroma for DIY has all the necessary qualities to be part of this legendary range, which has acquired acclaim by the only means of a constant concern for excellence. An intense freshness inspired by the Ice Princess, and powerful flavors worthy of the best e-liquids!

Ultimate Shiva is a concentrated aroma for DIY made in France by A & L. You will dilute it by 8% (40 drops / 10ml) for a 50/50 PG / VG basis. We advise you to let your mixture rest for 3 to 5 days for an optimal rendering. The Ultimate Shiva is available in a PET bottle of 10 or 30ml with fine tip and child safety.

There are no reviews yet.

You've just added this product to the cart: